Papa Gino’s is a restaurant chain based in Dedham, Massachusets specializing in American-style pizza along with pasta, subs, salads, and a variety of appetizers. There are over 200 Papa Gino’s locations in Connecticut, Maine, Massachusetts, New Hampshire, and Rhode Island. In 1997 Papa Gino’s bought D’Angelo Sandwich Shops, another Massachusetts-based fast-food outlet specializing in sandwiches, from prior owner Yum! Brands (then known as Pepsico Inc.’s Pizza Hut unit). Plans for expansion beyond New England were announced in early 2005,with franchisees securing the rights to develop locations in New York, Pennyslvania, Virginia and Florida 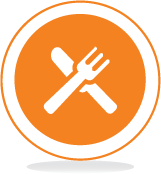 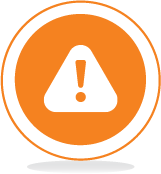 Papa Gino’s explosive growth rate caused constraints on its existing IT infrastructure and prompted management to look for new technology solutions that will help consolidate their existing server infrastructure and provide a more efficient roadmap for deploying more resources to support rapid business growth. With only a small datecenter at its headquarters, Papa Gino’s had to contend with not only space issues, but the power and cooling of conventional rack mounted servers. Papa Gino’s learned that blade servers were the next generation of server technology that may help solve their problems, but do not have any experince or the in-depth knowledge to implement this technology.

Papa Ginos’s turned to Insight, USA who partnered with StratusPointIT to help with the provisioning and implementation of IBM Blade Center system along with a mix of HS20 and then subsequently HS21 dual/quad-core blade servers as part of a highly anticipated business-intelligence application and server consolidation initiative. StratusPointIT successfully integrated a mixture of blade servers that served as application servers, clustered database servers, and SAN attached servers.

Papa Gino’s was able to realize the advantages of reduced floor space and 35% less energy consumption per server without sacrificing performance through the use IBM BladeCenter StratusPointIT was able to complete the full integration of the blade systems ahead of schedule and allowed Papa Gino’s to streamline its application deployment plans that were critical to business success.

Are you interested in small business IT support? We are here for you.

What our customers say

StratusPointIT did a great job helping us relocate. Our staff was up in running this morning without a hitch. Farkhad was a pleasure to work with and smoothly handled any of our many requests during the start-up. Liam planned the relocation project very well. The entire StratusPointIT team did a great job!

We engaged StratusPointIT to help us ensure our Amazon Web Service deployment was always available and properly protected. The StratusPointIT team helped us understand and overcome the risks, and showed us best practices and cost savings that we took advantage of. We are happy with the result.

We outsourced the business of running our network to StratusPointIT. The wide variety of expertise they bring to our company not only in running the existing network but in the telecom area, planning for growth and budgeting has been a tremendous asset. Our company is no longer reacting to adverse network issues; instead we are in a proactive mode of operations. I’m very pleased with our decision to outsource to StratusPointIT.

The time had finally come for our accounting firm to overhaul our operating system & network. Though a seemingly daunting task to us, StratusPointIT seamlessly integrated our current software with the new system with minimal down time. Couple this with knowledgeable & responsive support makes StratusPointIT the right choice for us.

We chose StratusPointIT in October 2010 as our outsourced information technology provider.  We were looking for a company that would serve as a true business partner with us as we continue to grow our business.  In addition to replacing our front office system we moved our headquarters location last year.  The team at StratusPointIT served as a tremendous resource as we selected a new internet service provider, new phone system provider and moved our servers to a new location.  They have provided consistently good support and have become a trusted advisor.

If you are pondering on should I hire or outsource my IT department look no further than StratusPointIT. Here is a company that will keep your business technology running smoothly and continues to bring new opportunities to your business. We are extremely satisfied with StratusPointIT and all their employees, this has been the best decision and direction our company has gone, I only wish we did it years ago. They are very professional, responsive and give you everything you need to improve your business.

StratusPointIT was selected as our IT Service Provider offering a secure, cost effective and simple solution to our complex IT needs. The 100% cloud based solution we chose is a perfect fit for our entire team. It provides safe and fast access to all company data and email regardless of location.

As a financial firm we are required to adhere to strict compliance rules and regulations with a focus on data/email archiving, protection and retention. StratusPointIT provided us a solution that met all those requirements and offered the peace of mind that our firm was looking for.

StratusPointIT was able to offer SCS Energy an extremely cost-effective and functional set of solutions to our rapidly changing Information Technology needs.  We have been extremely pleased with the implementation process for our ITAnyWhere Cloud and Egnyte systems and look forward to continuing our long-standing successful working relationship with StratusPointIT.

Since switching to StratusPointIT outsourcing services about 2 years ago, my team was able to realize the expertise and agility of a true outsourced partner to accomplish our projects faster and get the right level of support  when needed.

The decision to outsource our helpdesk and network management with StratusPointIT has been one of the largest technology victories for SCA this year. Having you team supporting our 200 users and coast to coast operation has allowed me to sleep better at night. Your assistance in opening two new regional offices as well as completing our nationwide MPLS network made the projects feel easy.

Other than the network and server management, which is huge, having our own full time help desk resource on site at our main office as well as your ability to get hands on help into any of our remote locations from New Hampshire to Alaska has been key to providing the support our uses have needed and deserve.

Walt S.Director of IT, Non-profit Education

StratusPointIT took over managing our IT and migrated our insurance firm to the ITAnyWhere Cloud platform. This has enabled us save money by not having to maintain on-premise hardware, and allowed my agents to work easily from anywhere. As a senior executive at the organization, StratusPointIT removed the IT headaches completely, and allowed me and my team to focus on my business. I would recommend ITAnyWhere Cloud to other firms in my industry.

Succeeding with cloud for SMBs
Scroll to top