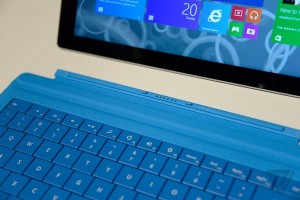 Since it was introduced, the iPad has been by far the biggest player in the tablet space. And it doesn’t just have a big market share—compared with a number comparable devices that have come out in the last few years, it’s actually really big.

The iPad has a 9.7-inch screen, compared with about 7 inches for the Nook Tablet and Kindle Fire and the Samsung Galaxy’s smaller versions. Now, the Wall Street Journal reports that Apple is preparing to introduce its own smaller tablet.

Citing unnamed sources, the story says Apple has told component suppliers to prepare for mass production of a tablet with a less-than-eight-inch screen in September. Rumors of a smaller cousin for the iPad have been floating for some time.

The tablet market is growing rapidly. Market research firm IHS iSuppli predicts that tablet sales will rise 85 percent to 127 million units this year. The iPad held a 62 percent share of the world market for tablets last year, and its dominance is even greater in work environments.

As more variations on the table theme—notably the Microsoft Surface Tablet and Google’s Nexus 7—roll out, Apple must be feeling some pressure to diversify its offerings. But being the big guy in the room comes with complications. One report last year found that the biggest competitor for the iPad is actually the iPhone, which, of course, has only a 3.5-inch screen. That raises the question of whether a smaller Apple tablet will function mostly to subdivide the company’s enormous market.