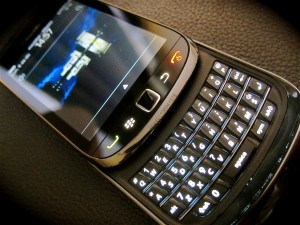 In recent years, BlackBerry has struggled to maintain its earlier foothold on the enterprise market as professionals see value in devices running iOS and Android operating systems. But a new deal with Amazon may give BlackBerry a new edge in the market, adding 240,000 apps to its store.

While the new apps won’t be available until BlackBerry debuts its 10.3 operating system this fall, the partnership lets businesses know the device maker is serious about winning business. As cloud software becomes an increasing part of business operations, access to a wide variety of apps is becoming more important.

With the partnership, BlackBerry hopes more developers will be encouraged to create more apps for the device’s operating system, which currently holds a 0.6 percent market share. Despite falling behind Apple in the number of apps, Google Android holds by far the biggest market share at 78.1 percent, compared to iOS’s 17.6 percent.

While Amazon has excelled in many markets, it falls behind competitors like Google in the mobile space. The partnership with BlackBerry will allow the company to build its app store, which currently is popular as a source of apps for Kindle Fire owners.

BlackBerry is well aware of its presence in government, healthcare, and finance, with large organizations aware of the benefits of the device over competitors. The company strives to maintain its presence in these industries while also reaching out to the consumer market. The partnership with Amazon will give BlackBerry users access to popular apps like Netflix and Groupon, potentially removing a barrier to adoption for many smartphone buyers.

For businesses, this means eventual access to popular productivity tools available to iPhone and Android device owners. Many of these apps are now currently designed only for the most popular smartphones, with developers trying to reach the most users possible. The more Amazon and BlackBerry are able to grow the device’s user base, the more businesses will find the apps they need to conduct business.

Should Your Business Block Online Streaming?