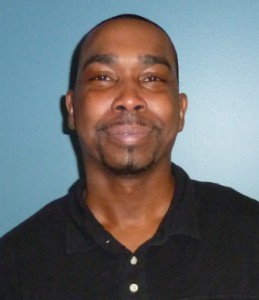 Jobe Diagne grew up in Cambridge. When he went to college, he thought he’d focus on marketing and communications. But then he took part in Year Up, an intensive training program for young people from the city. The experience introduced him to the technology field, and he’s never looked back.

Jobe is 32 now, and he’s worked in the field for eight years, largely in the IT departments of large corporations. He’s been at ComputerSupport.com for just a few months, but he’s finding the environment a pleasant change.

“I just like the management style,” he said. “They’re open to suggestions and changes.”

Another aspect of the work that he likes is seeing how different areas of IT operate. His job mostly consists of dealing with client issues, from simple things like resetting passwords to responding when a server goes down. Eventually, though, Jobe wants to get into networking and systems administration. Since ComputerSupport.com works as a team, he’s able to start getting involved in that area as well.

“This, to be honest, is the best stepping stone for me,” he said.

Jobe lives in Worcester, and when he’s not working he spends plenty of time with friends and family. In May, he became a first-time uncle when his twin brother had triplets.

FundaGeek: Financing the Future of IT

Is the Desktop Dead?

IT Spending to Reach 3.6 Trillion

Is Built-In Customer Service the Future of Cloud Computing?