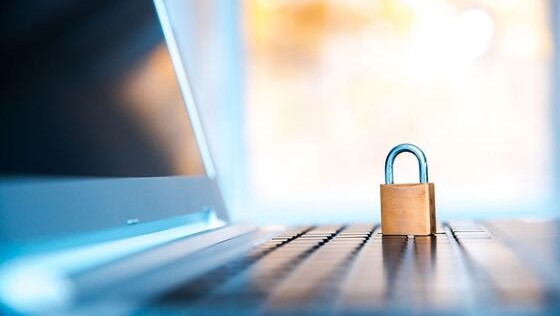 Traditional antivirus solutions have obvious limitations, especially in a world of constantly evolving threats. Thanks to the power of AI and machine learning, next-gen antivirus is a brilliant way to overcome these limitations.

Let’s find out what are the differences between the two.

NOTE! Simply put, a signature is a unique set of data within the software that differentiates it from other software or viruses.

When a malicious file is downloaded to a device, a signature-based security solution will check that file’s identifying information against the database of malware signatures looking for a match. If there is a match to an existing threat or family of threats, the file will be blocked, prevented from executing its malicious action.

When new malware emerges and is documented by cybersecurity experts, its signature will be added to a specific database. Subsequently, AV software providers create and release a signature database update to ensure that the new threat can be detected and blocked. Sometimes, these updates are released several times per day.

There is an average of 450,000 new instances of malware registered every single day. That’s a lot of signature database updates to keep up with.

While some AV vendors update their programs throughout the day, others release scheduled daily, weekly, or monthly software updates to keep the process simple for their users.

But convenience comes at the risk of real-time protection. Especially between update intervals, those AV programs are missing new malware signatures from their database, so they are completely unprotected against new or more advanced threats.

According to SentinelOne, we are trending towards cross-platform threats, and we should expect the availability of highly critical vulnerabilities such as log4j, which have exposed countless environments, to make even more headlines in 2022.

Sophisticated attackers have found ways around traditional AV defenses by hiding behind seemingly innocent actions, such as opening a file that contains a link to a malicious script.

Not only do signature-based solutions remain ineffective against zero-day threats, but efficacy decreases in the unfortunate case of user error.

Traditional AV solutions often provide a false sense of security to organizations that rely on them. According to CrowdStrike, a staggering 39% of malicious software goes undetected by traditional antivirus.

Today’s next-generation antivirus solutions use advanced technologies like behavior analysis, artificial intelligence, or machine learning to detect threats based on their intention rather than looking for a match to a known signature.

Next-gen AV can analyze the intentions of malicious files and determine when something is suspicious. According to CrowdStrike, these next-gen AV solutions are estimated to be about 99% effective against advanced threats, compared to signature-based solutions’ average of 60% efficacy.

In the case of zero-day vulnerabilities, the next-gen antivirus has the ability to learn on its own, being able to manage, detect, and respond to brand new threats that have not yet been recognized by the cybersecurity community.

This ability to detect and respond to new threats is what sets next gen antivirus protection apart from traditional forms of protection.

Besides recognizing unknown threats, next gen antivirus solutions can also roll the system back to a secure state, providing an extra layer of protection against malware and other similar threats.

Traditional antivirus software will only quarantine the threats, but the rollback process is manual. By automating the process, next gen antivirus solutions reduce the amount of time it takes to identify and respond to cyberattacks.

Organizations that rely entirely on signature-based detection should supplement or replace their detection capabilities with automated ML-based solutions that can prevent most types of malicious executable files.

Interested in making the jump from 60% to 99% effectiveness with a more dependable malware prevention solution, backed by expert security analysts? If yes, the StratusPointIT team is here and ready to help you overcome your IT security obstacles.