So far, our series of posts on major cloud computing players has focused on companies involved in the infrastructure-as-a-service market, the fast-growing business of providing raw computing power that customers can use to store their data and run their systems as they see fit.

Another smaller but still very significant part of cloud computing is software as a service (SaaS), and one of the most important companies in that area is Salesforce.com. Analyst firm Gartner predicts that spending on SaaS will rise 18 percent in 2012 to $14.5 billion. Meanwhile, Salesforce says it will reach close to $3 billion in annual revenue in its fiscal 2013. The company’s market share is especially significant since it’s one of the few big players that focuses exclusively on SaaS rather than doing it as an offshoot of other business areas.

As its name might suggest, Salesforce is largely focused on helping businesses work with customers. Its customer relationship management, or CMR, system lets users access data on clients and prospects from anywhere and keep track of interactions with them. The company also offers a “platform as a service” product known as Force.com, which lets a company build its own applications on Salesforce’s infrastructure and integrate them into salesforce.com.

Like many cloud computing companies, Salesforce also hosts a marketplace for applications built by outside developers that are compatible with the company’s own offerings.

The benefits of using a plug-and-play system like Salesforce’s CMR are probably obvious to anyone who’s thought about getting someone to build them a complicated system from scratch. But some experts say there’s also a downside to SaaS, as demonstrated in a late-June outage at Salesforce. Companies that run on that kind of virtual software depend on their vendor to make sure everything is properly backed up and constantly available. Those that use IaaS have a bit more ability to create their own redundant systems or otherwise build in failsafe mechanisms.

Which goes to show that, with SaaS even more than with IaaS, it’s important to evaluate vendors thoroughly before buying in to any system.

This is the fifth in a series of blog posts on major cloud computing players. 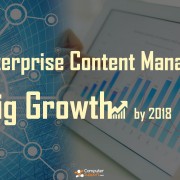 Things to find out before you enter the Cloud

Something Windows 8 This Way Comes Why Hire a Virtual CIO?
Scroll to top