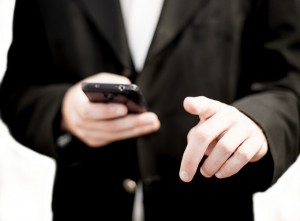 As professionals increasingly switch to smartphones instead of landlines, there are a few conveniences that are being lost. One major loss is the speed dialing functionality of a traditional business phone, which allowed workers to dial someone with the push of a button. Instead, employees must now find the person in a list of contacts and dial from there, adding valuable seconds to each call.

As the ads once said, “There’s an app for that.” Several cloud-based options have emerged that shorten the time it takes to make calls to each of those frequent contacts. Here are three great speed-dialer apps that can improve productivity and reduce frustration.

Clear Contacts–This iPhone app calls itself an “elegant speed dialer.” Free for download, this app lets you set up groups and list frequent contacts, allowing you to either call or text people with one tap.

TouchPal Contacts–For Android phones, this app replaces a user’s standard dialer with this interactive dialer. To dial a frequent contact, an Android owner needs only draw a specified design. Contacts can also be found by initials, names, or part of a phone number.

Speed Dial–Android phone owners don’t even have to launch a separate app to use Speed dial, since the app launches when the phone starts up. Contacts can be organized into columns (Friends, Family, Business), with a search function allowing users to easily find contacts.

Tacts–This iPhone app makes speed dialing fun, offering multiple icon choices and designs to allow users to customize it for their own preferences. Users can set up rules that help the app learn their preferences. Based on those preferences, future groups will be set up.

How to Get the Most of Out of Mountain Lion Contacts

How Graphics as a Service will Help Design and Manufacturing