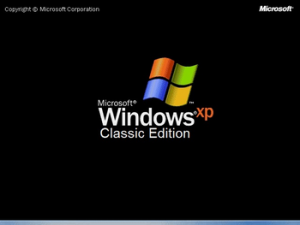 While the response toward cloud storage and networking has been overwhelmingly positive, businesses are still slowly warming up to the idea of virtualized desktops. Amazon Workspaces stands to make the concept more mainstream, offering a simple format with affordable prices. But businesses are still unsure what a desktop in the cloud really means to daily operations.

Currently, a major change in Microsoft Windows is leading many businesses to consider multiple options. Microsoft officially ended support for its extremely popular Windows XP operating system on April 8, leaving businesses vulnerable to viruses and data breaches. According to NetMarketShare, the 12-year-old operating system still has 28 percent of the O/S market, with many of those computers in use in both businesses and government agencies.

The expiration date has left many businesses with a big decision to make. Since many copies of Windows XP reside on devices that already need to be replaced, costly equipment replacements are often the only option. New devices will likely come with the vastly unpopular Windows 8 O/S, leaving businesses to downgrade to Windows 7 or choose a Mac O/S as an option. This has led some businesses to look at a third, less talked-about option: making the move to a virtual desktop.

Through an AWS consultant, businesses can utilize expert support in implementing Amazon WorkSpaces in their businesses. Employees are no longer tied to a laptop or desktop, with their entire desktop available through tablets or PCs, from anywhere with an internet connection. This makes it easier for employees who travel or telecommute to conduct their work on a daily basis.

In time, virtual desktops will become a part of every business, but currently organizations are still interested in learning more. For businesses currently running Window XP, this may be the perfect time to consider Amazon WorkSpaces as an alternative to the operating systems available today.

The concept of virtual desktops has been a distant dream for many in the IT industry for a while. Instead of purchasing a PC or laptop and installing software on each device, businesses would only be responsible for providing a device that connects to the network, where a user’s entire operating system is stored.

So far, the technology has been too expensive to be accessible to most businesses. But Amazon stands to potentially change that. Through a Managed AWS provider, businesses can sign up for Amazon Workspaces, a service that provides cloud-based work areas to each of its workers. Because its affordability makes it accessible to businesses of all sizes, Workspaces stands to be a game-changer in the virtual desktop space.

But the most appealing feature of virtual desktops isn’t that businesses are no longer required to purchase desktop PCs to access work data. Virtual desktops appeal to the emerging mobile workforce, which is gradually being redefined as mobile rather than desk-based. A cloud-based workspace means workers can log on from a smartphone, home PC, or smartphone and see the same desktop–icons, applications, files, e-mail connectivity, and the like. This constant accessibility may remove the final barriers to a mobile workforce, freeing workers to conduct business while on the go.

Businesses are increasingly moving away from having a full staff of I.T. workers on site. Instead, on-site and remote support is becoming the norm in a growing number of organizations. While businesses may still need help with troubleshooting printer problems and issues with network connectivity in-office, most customer support can be done at the cloud service provider level, with businesses only being charged when they call for help. Since software is managed at the server level, though, there are likely to be far fewer glitches and bugs than there are with hundreds or thousands of separate installations in one organization.

Amazon is unveiling several new offerings as it continues to grow in the cloud services space. Workspaces is a promising new offering that can potentially change the way both personal and business customers access the cloud today.

Businesses are currently caught in the middle of a transition. Most industries are seeing a gradual shift toward Cloud services, but many businesses still run at last part of their operations from desktop PCs connected to on-site servers. One major problem with that old-style way of doing business is that when something goes wrong, you have to pay someone to fix it. Another problem is that you have to constantly update both hardware and software to keep up with current technology.

Through Virtual Desktop Infrastructure (VDI), businesses can eliminate the need to pay desktop support personnel when a problem arises. A user’s entire operating system is stored in the Cloud, allowing them to access it from anywhere, using any device. As mobile devices continue to redefine the concept of working, VDI is becoming increasingly more attractive.

Until recently, cost was a huge inhibitor of moving to VDI, especially for larger organizations. But service providers know that VDI has the potential to change technology forever and, as a result, are racing to be the first to create an affordable solution suitable for mass consumption.

One of the first affordable solutions to hit the market is Amazon’s new Workspaces offering. Priced as low as $35 a month for a standard plan, Amazon Workspaces sets aside a chunk of space on its server for each user. By logging into this space, users have access to a Windows 7-based operating system that includes basic operating system software, along with the software specified by the business.

By locating each user’s desktop in the Cloud, Amazon creates a work area that can be accessed whether a user is on the road, at home, or in the office. Users connect to their server space through their Managed AWS provider through a tablet, desktop, or laptop and all applications remain the same regardless of the device.

While VDI still has a long way to go before widespread adoption, Amazon is getting a jumpstart on the competition by pricing its product within reach of the average business. The promise of a higher ROI will be more likely to attract more businesses.