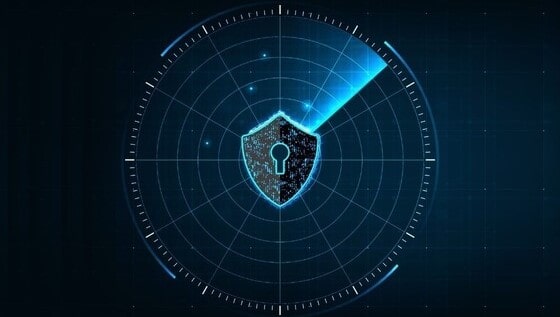 Vulnerability scanning is the act of identifying weaknesses and potential vulnerabilities in network devices, such as firewalls, routers, switches, servers, and applications. It is automated, business-wide and focuses on finding potential and known vulnerabilities on the network or an application level.

Vulnerability scans can regularly run on any number of IT assets to make sure that known vulnerabilities are detected and patched. Thus, you can quickly eliminate serious vulnerabilities to protect your business data.

The Vulnerability Management Lifecycle is a cybersecurity best practice that helps strengthen the organization’s readiness to foresee and handle cyberattacks.

Briefly, it provides the following benefits:

Vulnerability management can be included in patch management for effective patching.

As expected, the necessary tools are usually run by network administrators or IT security staff with good networking knowledge.

Penetration tests are simulated cyberattacks against a computer system to check for exploitable vulnerabilities.

The scope of penetration testing is narrow and there is always a human factor involved. It requires an extremely experienced person to conduct this type of testing. Good penetration testers, at some point during their testing, create scripts, change parameters of an attack or tweak settings of the tools they are using.

Insights provided by the penetration test can be used to patch detected vulnerabilities followed by improving your IT security policies.

Pen testing could target an application or a network, but specific to a function, department, or number of assets (usually based on risk and asset importance). The whole infrastructure and all applications can be tested, but that is not practical in the real world mainly because of cost and time.

Spending a lot of money on low-risk IT assets, which may take a few days to exploit, is not feasible.

Penetration testing requires highly skilled personnel that can exploit new vulnerabilities or discover ones that are not specific to normal business operations.

Pen testing can take from a few days to a couple of weeks. It is often conducted once a year and has a higher-than-average chance of causing outages.

Companies should maintain reports on crucial equipment and should investigate any changes in open ports or services. Vulnerability scanners like Rapid7, Nessus, GFI LANGuard, Qualys, Retina alert network defenders when unauthorized changes are made to the environment. Comparing detected changes against change-control records will help determine if the change was authorized or if there is a cybersecurity threat, such as a malware infection or a staff member violating security protocols.

Penetration testing satisfies some of the compliance requirements for security auditing procedures, including SOC2 and PCI-DSS. Certain standards, such as PCI, can be satisfied only by using a certified web application firewall (WAF). However, it doesn’t make pen testing less useful due to its benefits and ability to improve the WAF configuration.

In this scenario, a pen tester with access to an application behind its firewall simulates an attack by a malicious insider. A starting scenario can be an employee whose login information were stolen because of a successful phishing scheme.

In a targeted test, the pen tester and the security personnel work together sharing the same strategy. This is a valuable training exercise that provides a security team with real-time feedback from an attacker’s standpoint.

External pen testing, also known as Black Box penetration testing, target the IT assets of a company that are visible on the internet, as for instance, the organization website, email and domain name servers, etc. The tester’s goal is to gain unauthorized access and extract sensitive data.

In a blind test, the tester is only given the name of the organization that’s being targeted. This gives security personnel first-hand experience into how an actual cyberattack would take place.

In a double-blind test, the security staff is not aware of the simulated attack. So, they won’t have any time to double check their defenses before an attempted breach.

Fortunately, a routine check for vulnerabilities will lead to frequent upgrades for patches. This will help your computer system stay on top of the latest threats that develop in the realm of cybersecurity. However, vulnerability scanning and penetration testing are both crucial to an efficient cybersecurity strategy.