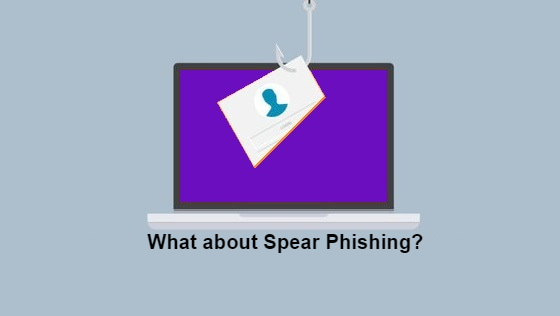 In the digital landscape spear phishing has been around for over 20 years, but for about 5 years it has attracted massive attention.

Primarily using email to deliver its malicious payload, spear phishing is a very real and current threat to any business of any size basically because we all use at least one business email address. The golden key to prevent any similar threat is to make sure your staff is fully aware of the signs of such an attack.

There are certain techniques hackers use to launch a phishing scam. Here are some of them.

A lot of people know what phishing is and many businesses are aware of this threat. However, spear phishing is a bit different.

Hand phishing emails tend to target large numbers of individuals with generic content, but spear phishing is a much more personalized attack. For example, rather than starting an email with “Dear Sir/Madam”, a spear phishing email will use the recipient’s exact name to inspire trust to get him/her closer to taking the malicious bait.

Characteristics of a spear phishing attack

Generally, phishing attacks are executed by experienced hackers, but there are still a bunch of signs which characterize spear phishing such as:

There are several notorious examples of spear phishing attacks that happened within the last few years. Let’s remember few of them.

In 2016, a Snapchat employee fell victim to a spear phishing scam caused by an email allegedly sent by the Snapchat CEO. Unfortunately, the victim carefully followed the request within the email and forwarded financial information to a spoof email address.

However, probably the most popular example of spear phishing is the attack launched against the US Democratic Party in 2016. You probably remember how Fancy Bear used spear phishing tactics to target email accounts linked to the 2016 presidential campaign. They attacked more than a thousand Google accounts and used a fake domain “accounts-google.com” to mislead the victims. What hackers did was to send emails claiming to be from Google representatives suggesting recipients to update their email passwords to enhance security. Bad luck, because the links within these emails simply led the victims to malicious websites which enabled the hackers to take control of their email accounts.

It is crucial to understand how such an attack is likely to be launched against your business. Don’t forget! Knowledge is the golden key of cyber security, so make sure that you educate yourself and your employees to protect sensitive data.

We take cybersecurity very seriously. With Secure.Email we provide complex email protection to defend your business against the latest threats: ransomware, spear-fishing, impersonation and other targeted attacks.