In an attempt to capitalize on the success of Amazon cloud hosting services, several new contenders have sprung up.  Most notably are Openstack and its spin off Cloudstack. Openstack has created a lot of buzz in recent months.  Companies supporting this new cloud resource hosting service include HP, Rackspace, and NASA.  Openstack is an open source code for companies to build their own internal cloud.

According to an interview of Sameer Dholakia, Cloudstack may achieve success because of how similar it is to the already established Amazon cloud services.  Cloudstack is now a ward of the Apache Software Foundation.  This is important because although Openstack has some big names behind it, Apache is a well-respected open source name.

The main difference between the two is how they are constructed.  Cloudstack has a major weakness of being just one massive .jar file, while Openstack has a modular approach.  This means that Cloudstack is harder to modify.  If you’re a small business looking to create their own cloud you’ll want your IT department working with sets of small files.  It’s easier to troubleshoot.  If one thing goes wrong in a giant file, they’ll have to go hunting amongst all the code.  As always, consult with an IT expert before implementing a cloud. 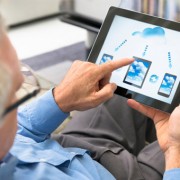 Latest Trends in IT Managed Services

3 Ways CIOs Can Remain Relevant in a Cloud-Driven World

Chosing Between a Private or Public Cloud

Using Managed IT Services for Savings

What can Best Buy do?

Is Cloud Accounting Right For You?

The Economics of Tech Businesses
Scroll to top