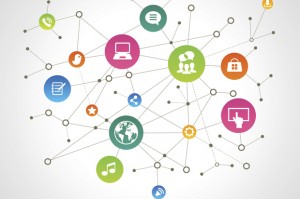 As CNN recently pointed out, three providers are leading the charge toward gigabyte-level internet speeds: AT&T, Google Fiber, and CenturyLink. In select cities, these providers have been able to give residents speeds as fast as gigabytes per second. While this is good for home-based businesses and telecommuters, many business parks still aren’t taking advantage of these speeds.

The Move Toward Business

With cloud hosting gradually taking over businesses, fast connections are essential. Many companies are now taking advantage of the benefits of the cloud for telephony and videoconferencing, which makes slower connections unworkable. Since many cable customers aren’t achieving gigabytes-per-second yet, the pressure is on for cable providers to meet or exceed fiber or DSL speeds.

The good news is, that pressure is forcing all providers to find ways to deliver faster speeds at competitive pricing. Cable providers have long dominated the market, since DSL has traditionally been slower. However, both Google and AT&T are showing that they can deliver fast speeds in select cities. As their services grow, cable providers will have no choice but to provide business customers faster speeds.

Industry experts point out that while speeds are increasing, in a real home or business, there are numerous factors that can slow internet connections down. The term “as much as a gigabyte for second” refers to the best case scenario. In the real world, numerous things can slow connections down, such as the number of users on the same connection, nearby interference, and the length of cabling.

The demand for faster and better internet service is growing, especially from businesses. As providers step up to meet this demand, professionals will benefit from great prices and better customer service than ever.