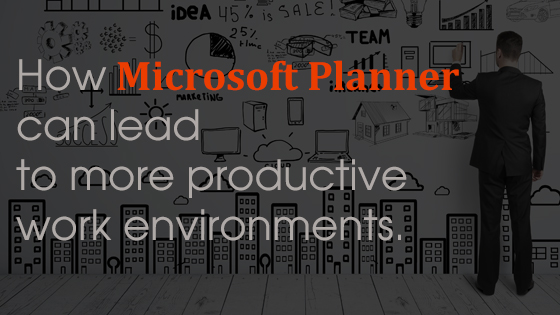 Microsoft Planner was announced back in September 2015 and since then companies have been using it to become more productive. If you are using Microsoft Office 365 but aren’t using Microsoft Planner then you are missing out. Planner is included with Office 365 and you don’t have to pay any extra for it. It is a small software but that is where its strength lies. Instead of a huge cumbersome work management suite, Planner is a slick app which lets you do exactly what you need to do without drowning in a confusing UI. Here’s how you can use planner to become more productive.

Easy to set up

Too many work management suites make a fatal mistake; it is so hard to set them up properly and train everyone on them that they end up reducing productivity. Microsoft has taken a very intuitive approach to how planning actually works. With Microsoft Planner you simply have to sign in and only after a few clicks you will be ready to go with a plan. If you’ve used any of the Microsoft Office products then you will need absolutely no training to use Microsoft Planner. Something like Asana can often stupefy you when you want to do something new but Microsoft Planner is much easier and better to use. Often users end up circumventing planning software and apps because they’re too much trouble to use. That won’t be an issue with Planner. The app is great for managers and workers both. Managers get to easily keep tabs on the progress of projects which workers can easily see what they need to do.

What will surprise you the most about Planner is how easy it is to collaborate in it. There are many fantastic features which you won’t find anywhere else. One of the features is that multiple people can work on the same document at the same time. So if you have an excel sheet and need 10 people to work on it at the same time it won’t be a problem. All 10 people won’t download 10 different files; instead all 10 people will be working on 1 file simultaneously.

Planner also allows your team to organically communicate and discuss different parts and files of a plan. You can simply leave comments which they can reply to. You can also set up timed reminders as well as scheduled events to keep everyone on the same page. Microsoft Planner makes it very easy to make your team work together. Many companies have been using Google docs as an ad-hoc collaboration tool but they won’t need to do what anymore thanks to Planner’s superior offerings.

Microsoft has done a great job of presenting the data in a way that makes intuitive sense. For example, if any image or document is shared, a preview thumbnail for it is showed below which you can discuss the document/image. The UI in general takes its design cues from other Microsoft products, which means most people will already know how to use it. When you log in and open the home page of the app you also get a nice overview of all your plans. You will instantly know how much progress has been made in all the plans and projects you are interested in. Word, Excel, PowerPoint, and Outlook all work perfectly with planner and are integrated in it very nicely.

A leader needs to know exactly what is going on with all the projects under them. You will be a much better manager if you use Planner. The way it presents data is fantastic and intuitive. You see simple progress bars which show how much work has been done. If any project is stuck it tells you exactly where it is stuck and who hasn’t done their assigned task. When you open the hub for a project you get to see the progress of everyone on the project in the form of progress bars. You can also easily create charts yourself to help your team stay updated.

The best part about all of the above is that they happen automatically. You don’t have to program views or spend a lot of time organizing your views; they are handled by Planner automatically. You can see all your plans on the left hand pane of the app from where you can dig into as much detail as you want.

Digital transformation: The impact of digitalization