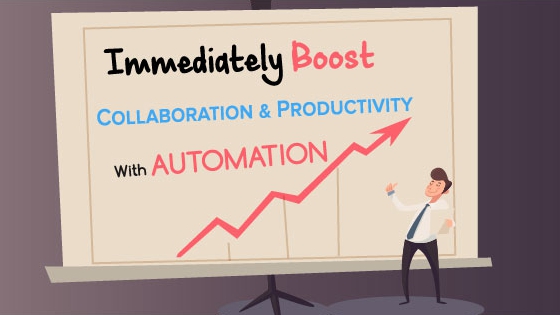 The technological advancement we have seen in the previous 50 years have been groundbreaking. We have developed technologies at an unprecedented rate. Can you imagine that the internet, home computers, wireless phones, and a whole lot more were just a pipe dream a few decades ago? We have went into overdrive in the previous 25 years.

One interesting thing anyone who has been keeping up with technology news knows is that it has almost become predictable how technologies rise. First you read about it in some magazines, then it keeps getting better, a few companies start using them, then it starts becoming cheap, and before you know it everyone has adopted the technology. Automation is right now on the “a few companies start using them” phase and will soon be everywhere.

Automation is just the continuation of computers

Automation isn’t really new, we have been doing it for more than half a century now. When we made huge computers that stored data through punch cards, it was automation too. The first step to get automated was storing information. Then the processing and calculations were automated. Now we are just crossing more thresholds; soon more jobs will be automated because the technology is now cheap enough. We already have cars driving themselves on our roads right now. We already have fast food restaurants that are completely automated in testing phases.

The way we work in offices will be completely different once automation is the norm. Any job that does not require creative thought will be slowly automated. We are already seeing great levels on automation in the financial industry, where executives now make decisions based on insights provided by computers. Many desk jobs are already being automated and more will be in the future. Creative tasks won’t just be limited to humans either; a Japanese computer has already written a book good enough to clear the first round of a writing competition. Soon computers will be telling us stories and singing us songs. Automation isn’t a thing of the future, it is a thing of the present and its effects are all around us already.

There are more interesting ways to look at automation too. IT managers and executives shouldn’t be looking to replace jobs with automation; they should be looking to supplement them with automation. If an employee can do a limited number of things, providing them with automation will allow them to do a lot more.  While computers are smart they are nowhere near as smart as people when it comes to everyday situations. Thus the best thing for companies to do is to make people and automation complement each other instead of looking at it as a replacement. Think of automation as a suit of a superhero that gives the superhero powers. The suit allows the superhero to do a lot more, but the suit needs a superhero to do good. Give your employees superpowers through automation.

Allow your people to drive automation

The key to succeed with automation is to empower the people in your organization. You need to look at the obstacles which they face that keeps their productivity limited. When you automate the most frustrating and painstaking parts of someone’s job, they now have the time to do much more. People who used to spend their whole day doing something which computers can do can no spend the day coming up with new ideas and creating better solutions to existing problems. There are many things which computers can do better than human beings but until computers figure out what it means to have a vision human beings will always be better at designing and building things and processes.

Many people expect automation to start from the bottom-up in organizations but technology often has ways of surprising us. Many companies are now automating management instead of automating front-end staff. Many people prefer having their tasks assigned and managed by a computer simply because they think computers will be more fair at the task. Right now this automation isn’t common but it is slowly emerging as one of the most exciting aspects of automation.

Computers do not forget about important work and have no emotional and personal biases against people. Computers also do not have any personal views which may color the way they see an employee. This makes automated management an exciting prospect for executives and front-end staff both.

How Hybrid IT Provides Compelling and Unique Benefits for Businesses of All...

Cloud Optimization: How to Enhance the Efficiency of Your Cloud Usage
Scroll to top