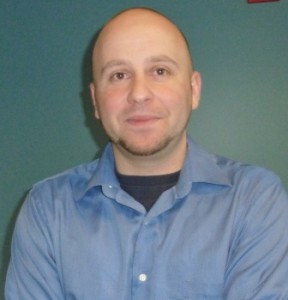 If you’ve ever been part of a company that has adopted a new email or phone system, you know that these kinds of transitions rarely happen without stress on everyone’s part.

Rob Zinger knows it too. As manager of systems engineering at ComputerSupport.com, he manages major projects like that, and he’s figured out some ways to make sure things go as smoothly as possible. First, Rob makes sure that everyone’s on the same page, and that there’s a liaison at the client company who can quickly relay any issues workers there are experiencing.

“Just through experience we kind of put together what we see as a good game plan,” he said.

It helps that Rob, and his colleagues, stay on top of changes in the technical realm. He said that’s something that comes partly from having a good background in computer systems, but even more from learning new things on the job every day.

“There’s always something interesting,” Rob said. “Once you think you know it all, your knowledge could become useless really fast.”

Rob said he’s learned a lot since joining ComputerSupport.com as one of the IT consulting firm’s first employees five years ago. He now finds it easy to think not just about specific issues with networks or servers but about the big picture—how all sorts of technology combine to keep his clients’ offices working at their most productive.

Rob said he first got interested in computers not out of a particular love of video games or software but because he enjoyed the nuts and bolts of electronics.

“I always liked assembling things, seeing how they work,” he said. “That’s what interests me.”

These days, he said, since he spends all day on computers at work, he hardly ever touches one on his off-time. Instead, he works out, golfs, fishes and spends time with friends. He’s a fan of the Celtics and the New England Patriots, though not so much the Red Sox since Pedro Martinez left.

“I’m very lucky to have witnessed that era in baseball,” he said.

Another thing Rob loves is thinking on his feet, and picking up new skills all the time.

“As soon as you think you know everything, you get yourself in trouble,” he said.

Will Outage Hurt GoDaddy Where Activists Failed?
Does Your Business Need An App?
Remote Technical Support: Faster + Cheaper = Better
BYOD: Reining in the Cost
What are Bossless offices and how they are different from what’s out there now?
Why Hire a Virtual CIO?
What is Windows Blue?
Meet Liam Shea, Manager of Customer Support

Why IT Consulting? I P Addressed: Resolution Explained
Scroll to top