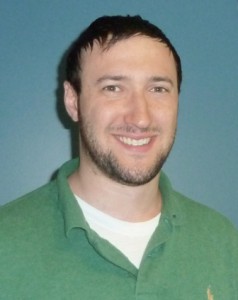 Josh Mindes is brand new to ComputerSupport.com, with just a few weeks on the job, but he’s jumped in with both feet. Working in tech support, he pulls clients’ tickets and gets to work addressing their problems.

“Ever since I was a little kid, I was really into gaming and computers,” he said.

An uncle who worked in IT introduced him to the field, and he took to it quickly, ending up with a degree in engineering and then several years of work in technology.

Josh, who’s 26 now, said he’s getting to know ComputerSupport.com’s clients, reading tickets as they come in and then looking up documentation on the companies’ histories. He’s also glad to have approachable colleagues who can help him out and share the tricks they’ve learned.

“We take our work seriously, but there’s time to have some fun,” he said. “People gladly help you out.”

Josh said some of the client issues he deals with are simpler than others. One ticket was from an office worker whose screen was suddenly upside-down. That took less than a minute on the phone to solve.

Other times, Josh said, he has to work with outside vendors like Quickbooks and Apple to resolve clients’ problems. When one woman had an issue with her Apple computer, he said, instead of just referring her to Apple’s support team, he called the computer company himself and conference her in.

“I just didn’t want to leave her hanging,” he said.

Outside the office, Josh has an active social life. He’s signed up for a Boston softball club starting in August, and he’s looking for other chances to play sports. He also plays music with friends, and he loves going out to eat.

“I’m always at a new restaurant,” he said.

To Adopt or Not Adopt?

The Camera Phone and the Citizen Journalist

What are Bossless offices and how they are different from what’s out there now?

Is the Desktop Dead?

Business in a Global World: A New Start-Up that Helps You Translate your We...
Scroll to top