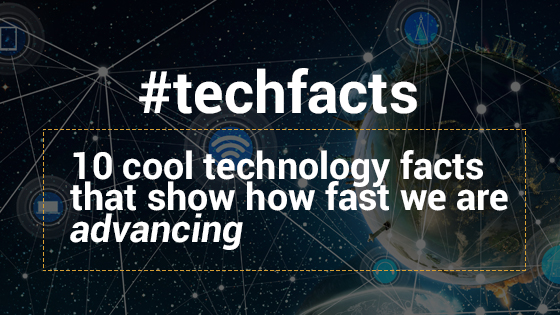 It takes a blink of an eye to realize that technology has outrun us. Can you keep up with the latest technologies? Do you have all the tool and support you need for your business to grow at the same pace as technology? We have them, and you can benefit from them.

Technology is all around us and is developing at such a fast pace that we could miss out on a great deal of inventions and innovations if we do not stay constantly updated. In this blog post we are happy to share some of the coolest #techfacts we know, that highlight the power of technology and how it has developed over the years.

Contact us to show you how our support can help you grow your business.

How to stay safe from ransomware attacks