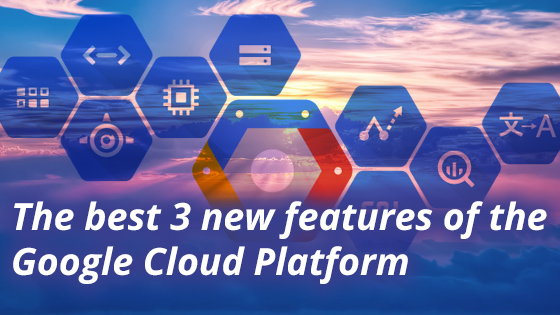 Google Cloud Platform is a prominent player in the cloud industry. While there are a few big names on the market, no company has managed complete dominance when it comes to the cloud. Amazon has managed to gain a higher audience as many of the biggest websites in the world are hosted and run on Amazon Web Services. Google has been slow to enter the market, but it has been quietly building itself up to become a serious competitor. There was a time when Amazon was objectively better than Google Cloud due to its myriad of features, however, things are different today.

Google had many useful cloud products that give it an edge over Amazon. However, it is their alpha and beta products that show how powerful Google Cloud can be. What is unique about Google is that they were a data company long before they were ever a cloud company. Many of Google’s Cloud products have their roots not in cloud, but in solutions built to run Google itself. Google’s search engine and other services were so vast and complex that the solutions developed for them are also applicable to most cloud platforms. There’s another reason to believe that Google will be in a position to dominate the cloud market soon: reputation. A few other companies can claim to be as well known for their reliability as Google.

Cloud Bigtable is the name of Google’s NoSQL database service. The product is still in beta. Bigtable has been specially designed for a very simple case; high throughput, low latency. The system was originally developed for Google’s own services. Google search and Gmail are both services used billions of times during a day. They run some of the busiest servers in the world where queries are coming in constantly and instant answers are provided every single time. Imagine how powerful the database service that could power this service would be.

Now imagine being able to use the same database service for your organization. That’s what Bigtable promises for organizations. This database can handle Google.com; it is easily going to be able to do what your company needs it to do. Any business which will be making a lot of queries for data at high speeds and needs a constant high speed of data computation and transfer should look no further.

You read that right; Google is entering the CDN market. Content delivery networks are now a vital part of our information technology infrastructure. It is easy to see why content delivery networks have been so successful. It makes no sense for every company to use edge servers, yet at the same time it isn’t possible to provide reliable service without edge servers. CDN’s became the middlemen that allow even the smallest companies to take advantage of huge networks without making a huge investment in infrastructure.

Google’s CDN is backed by the trust people have in Google. Google also has a huge network of servers all over the world, which are being used to provide Google’s services. While your content may not be on the same servers as Google’s own, it will provide the same robust network and adaptability.

Services like Cloud Speech API is how Google will be easily able to leave other cloud providers behind. Google has already invested heavily in neural networks. Neural networks are modeled to work the way that the human brain works. A great example is that a neural network backed analyzer will be able to detect a dog in a picture. It would be able to tell what the eyes, nose, and ears of the dog were because it has ‘learnt’ what a dog is similar to how humans learn it. It works on recognizing patters and relationships. Speech is also something Google has invested in heavily; you can pick up an Android phone and simply give it commands. With Google Cloud Speech API, Google is allowing you to merge both technologies for your business.

That means that Google’s Cloud Speech API is backed by neural networks, which allows it to understand more than 80 different languages and variants. Companies will be easily able to integrate voice commands and operations into their products through the API. No other cloud company has a similar offering because no other cloud company is also a huge data and computing company the way Google is.

How will IoT transform your business in the next 5 years