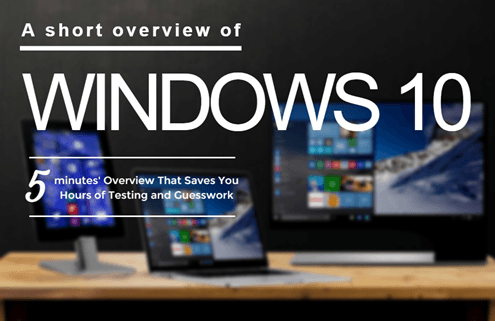 The new Windows 10, available as a free upgrade for existing Windows 7 and Windows 8 noncorporate users, is built from the ground up to realize Microsoft’s vision of “a platform for all”: a Windows OS that runs on all devices and works for universal apps. It is highly anticipated as well as controverted by users. And until so far, from what we learned at ComputerSupport.com, Windows 10 is really worth a try giving the following reasons：

If you’re a small business that makes software, you know of the difficulties involved with testing. Businesses are forced to test new versions of software on each operating system. This includes server operating systems for SaaS platforms. Microsoft promises that Windows 10 will have better support across all Microsoft Windows platforms.

Of course, you still need to update your operating system, including Windows 10, with the latest security updates and patches. ComputerSupport or another MSP can help you secure your systems.

There’s no doubt that mobility is the future. Working on mobile devices is more popular now than using desktops. Microsoft has been behind in the mobile market with Windows Phone not as popular as Android and iPhone.

Mobility is the future – and #Windows is catching up with the trend.

Apple’s Siri is a popular virtual assistant. Siri is the voice that speaks when you need help on your iPhone. Microsoft has its’ own virtual assistant – Cortana. The original test versions of Windows 10 had several bugs related to its virtual assistant. However, Microsoft has promised to address them. Cortana performs various tasks, such as schedule meetings, set alarms, take notes and call people on Skype. She can also interact with your OneDrive account.

The Start Menu is Back

Get Ready for the New Internet Explorer

If you are currently running Windows 7 or 8 consumer or professional editions, you are in luck – your upgrade is completely free! If you are on the Enterprise edition, you will need to work with your Microsoft VAR to upgrade using Software Assurance.

If you are a current ComputerSupport.com customer, please submit a helpdesk request today to get started with your upgrade! 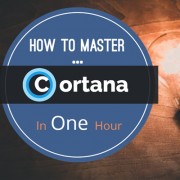 Something Windows 8 This Way Comes

What is Windows Blue?

Office 365 Has A Plan For Everyday of the Week

How To Master Cortana In One Hour
2 replies

Implement and Test Your Backup Recovery Plan: A Step-by-step Guide