We over here in tech land have often extolled the virtues of BYOD (Bring Your Own Device). Allowing your employees a certain modicum of freedom can go a long way in increasing their comfort and productivity.  However, this relatively new business practice can come with unforeseen costs.

Originally, the phenomenon was coined the consumeration of enterprise.  It was intended for high level executives only.  But as the practice spread, a few companies, like Network Sourcing Advisors, began to feel the pinch.

How can a practice that requires employees to buy their own equipment with their own money eat at the bottom line?  Well, taking smartphones as an example the costs are usually hidden, but rest assured, they will rear their ugly heads.

With Network Sourcing Advisors, it began with transition costs.  They had company-issued smartphones, but those all had to get shelved.  Those employees that didn’t have their own smartphones were upset.  Those that did, had to learn how to use them in accordance to companies policies.  Network Sourcing Advisors ended up $300,000 over-budget to bring 600 personnel up to speed.

Also, take the publisher Slate for example.  The company began subsidizing their employees devices.  To make sure that all their employees are up-to-date using the most efficient data plans, they estimate that they shoulder about $1,020 a year per employee.  They do this because the cost is tax deductible.  And of course, the benefit to the employee.

We’ve covered some of these bases before.  However, until now we’ve lacked concrete numbers.  And as always, whenever considering such an ambitious IT project, one should consider augmenting their staff in order to make things run more smoothly.

The Long Telecommute to Work 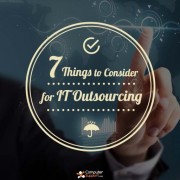 7 Things to consider when hiring an IT Services Company

How to: Learn from Apple's tax mess

The Curious Case of the Call Center Fraud

How To: Managing your social media with your Mac

Vaulting the Language Barrier Does Your Business Need An App?
Scroll to top