The announcement of Apple’s new mobile payment service echoes consumer demand for a way to pay using the same device they use to do everything else. Apple Pay will let owners of iPhones and Apple Watches leave home without their wallets, paying by simply holding the device near a contactless reader in stores and other retail locations. Credit card information will be securely stored in the user’s phone, identified to the reader by a secure code.

This new feature will likely drive demand from owners of Android, BlackBerry, and Windows-based mobile devices for the ability to pay via electronic device, as well. As such, it’s important that retailers in all industries be prepared to make the necessary changes. Here are a couple of things your business will need to do to prepare.

Initially, consumers will understand that the service is only available in a limited number of locations. But Apple already lists more than 220,000 locations where Apple Pay is accepted, including McDonald’s, Subway, and Whole Foods. To remain competitive, smaller, local businesses will eventually be expected to adopt the new payment method or risk losing business to nearby national franchises.

Apple Pay uses something called Near Field Communication, which has already been available on competing mobile devices. However, unlike the other devices, Apple has the potential to attract big businesses to accept its payment method. To accept Apple Pay, businesses will first be required to upgrade their point-of-sale systems to EMV, which is a more secure way of accepting payments. Credit card providers are already requiring merchants to upgrade to EMV by 2015, so this part of the process may have already been completed by many businesses.

The second step involves upgrading to Near-Field Communication, which is often by many payment processors. VeriFone and VIVOtech offer both EMV and NFC for systems, with VIVOtech offering an option that adds on to an existing setup. Even if you don’t plan to begin accepting NFC payments right away, having an upgraded system in place will give you the luxury of making the change when you’re ready.

Apple Pay is an exciting, promising addition to the consumer smartphone market. It’s important that businesses realize how quickly the payment landscape will change due to this new offering and make preparations to accommodate both plastic-paying customers and those who wish to pay using a mobile app. For businesses that want a true competitive edge, they should consider making the switch early, since they’ll be able to win customers who are eager to try out life without a wallet.

Businesses Use Cases for the Apple Watch

Top 10 Cloud Myths and How They will Impact Your Business 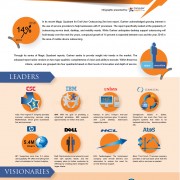 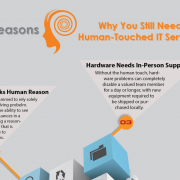