A vulnerability discovered in some Linux and Apple operating systems could put your business’s computers at risk. The bug was found in a software component called Bash, which is part of many instances of these operating systems. Once exploited, this vulnerability could be used by hackers to gain access to your individual systems.

Going by the name Shellshock, the bug is found in Bash, a shell command line tool in Unix-based systems. Hackers have been able to remotely control users’ systems, with reports stating that exploits are currently under development to take advantage of the open access to so many systems. These exploits will allow hackers to gain user passwords and install DDoS bots.

While Windows-based PCs aren’t among the list of affected devices, businesses should be concerned about their servers, since many servers use Apache. Apache contains the Bash component. In total, experts estimate 500 million machines could be vulnerable to Shellshock.

What Can You Do?

If your machines are behind a firewall, you already have a major protection in place. Apple has assured its users that the vast majority are safe from the vulnerability, since OS X systems are safeguarded by default. Those users who have configured advanced UNIX servers may be vulnerable, however. Apple is working on a patch to safeguard those systems.

Experts are concerned that as users rush to patch affected systems, hackers will make the most of the short window of opportunity to wreak havoc on systems. The most vulnerable systems are likely those servers and applications that are running Bash without administrators being aware of it. For that reason, server administrators must take the extra effort to protect their servers.

The first thing a business can do is check with its vendors to see if a patch is available for their products. In the instances where data is stored with a third-party cloud service, businesses should be proactive in ensuring their data and devices are safe from attack. If you’d like to check to see if your computer is running Bash, this article should help.

As more information becomes available about Shellshock, businesses will be equipped to deal with the issues. For small businesses, turning server operations over to a highly-experienced cloud services provider can be a great way to ensure your systems are safe whenever vulnerabilities like Shellshock emerge. Because applications are often built by vendors, however, many businesses are often left uncertain about what technology their systems is actually running when news about vulnerabilities like this one emerges. 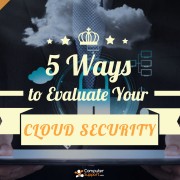 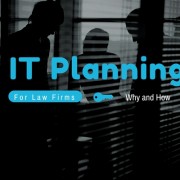 IT Planning For Law Firms - why, and how

How Cloud Computing Makes Application-Layer Security More Important Than Ever

How To: Managing your social media with your Mac

How to close ports using Windows Firewall for Windows Vista/7