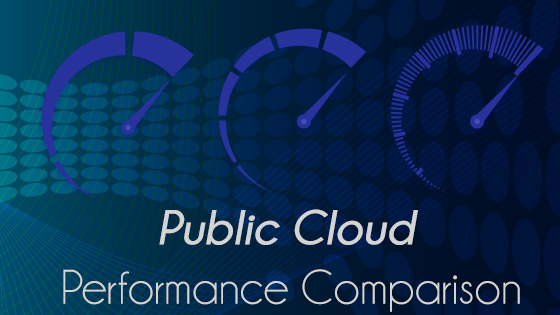 Google, Amazon, and Microsoft are the biggest players in the cloud industry. AWS was an early champion, while Google and Microsoft have only recently become serious about the competition. There are several other providers in the market as well, but these are considered to be the big 3 of cloud computing.

What is interesting is that the 3 companies aren’t just selling the same product – they have instead selected their strength, and are banking on choosing the right direction. You’ll find a lot of variety in their offerings. The base product is the same; if you want reliable basic cloud services then all 3 of these will be good for you. Once you go into details, however, you will see differences.

Another interesting point is that you can tell who entered the cloud industry at what point just by looking at what they offer. Amazon was the first prominent cloud provider with AWS, and their product feels like a first attempt – it works well but it doesn’t exactly feel polished. Google and Microsoft entered at a much later stage; they could no longer bank on the core product being revolutionary. Microsoft’s Azure and Google’s Cloud Platform have the feel of something that has been carefully designed with beauty in mind.

Let’s look into what each provider has to offer.

AWS has catapulted Amazon almost to the position that Microsoft has with Windows – it has become the default cloud provider for most people. There are many cloud professionals who only use AWS, and they see no reason to change. AWS is a fantastically dependable system – if you buy services from them, you can be sure that they will be delivered to you just how they were promised. AWS has many features but isn’t very customizable. You can choose a lot of different features and you probably will easily find something that will fit your needs exactly, but you can’t alter a lot. AWS’ interface also leaves a bit to be desired and there are times when it gets too technical for anyone but people trained to use and maintain it.

Performance-wise, AWS is very dependable – one of its major strengths being able to deliver the same level of service all around the world. There was less than 1% of a difference between AWS’ regional services according to a test conducted by Cloud Spectator, which is fantastic. The interesting thing is, however, that the price-performance ratio changes a lot with AWS because their prices for different regions are different.

Google isn’t winning the cloud war – yet. Google’s advantage was a lot more experience in handling data than Amazon. Google manages YouTube, Gmail, and their Search Engine, all of which are very data intensive products and all of them work beautifully. Google also has a reputation for performance. Their cloud platform is no joke. They recently announced that they had the best price to performance ratio when it came to public clouds and they backed it up with facts:

Yes, you’re reading that right –Google Cloud Platform can cost anywhere from 15% to 41% less than AWS at the same performance level. This should definitely be kept in mind when making the decision to choose a public cloud provider. Another innovative feature which Google has going for them are custom virtual machines. With AWS, you have to choose from virtual machine presets and pay for them. With Google, you can define how many CPU cores and memory modules you want, and you will get exactly what you want.

Microsoft Azure is also a great choice for most companies. Performance is very similar to AWS, and their price-performance ratio is good as well. They have been dropping prices recently and will continue to do so to match AWS. Azure’s biggest strength, however, is how compatible it is with other Microsoft products. If your company is already invested in Microsoft products, then Azure will be a great choice.

AWS, Azure and Google clouds each have their strength and weaknesses. Taking a deeper look at performance metrics from companies like Cloud Spectator and Krystallize should improve your chances of making the right decision.

A Study on Public Clouds