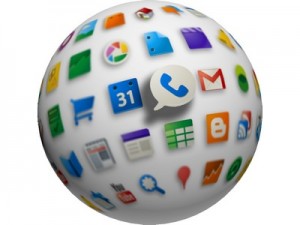 Both Sprint and Google are interested in capturing more of the business market and, thanks to a new partnership, they’re one step closer to reaching that goal. A new partnership has Sprint agreeing to be a reseller of Google Apps for Business, Google’s suite of apps designed specifically for business users.

This is the first time Google has teamed up with a wireless carrier for its software. For Sprint, the news is a big one as the company continues to try to battle giants AT&T and Verizon. Last year alone, Sprint lost 2.2 million subscribers. In addition to its partnership with Google, the company is also reportedly in talks to purchase T-Mobile.

Both Google and Sprint are aiming to capture the enterprise market, with businesses increasingly searching to increase their mobile device usage. Sprint plans to charge the same rate Google charges for Google Apps for Business, which is $5 per user per month for Gmail, Google Drive, and Google Docs. For mobile access to Google Apps with unlimited cloud storage, businesses will pay $10 per user, which also includes 30 GB of storage and additional services.

This option can bring full functionality to the business environment, with businesses now able to contact Sprint directly to get the mobile devices they want. Instead of having to work with Google to get each app loaded on every device, businesses can work with Sprint to have the full suite of apps loaded as needed, making the process easier and less error-prone. 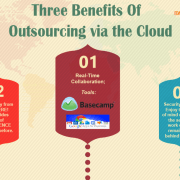 3 Top Benefits of Outsourcing via the Cloud

How Cloud Analytics Can Help Your Small Business