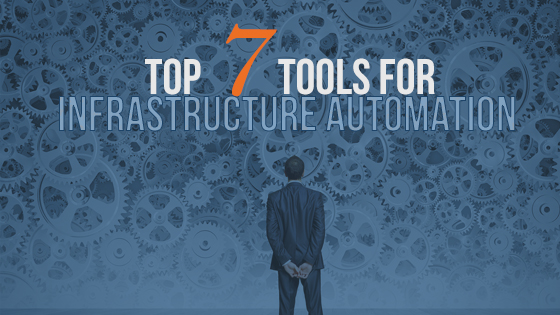 Juju has been developed by Canonical – and Canonical rarely disappoints. It is an orchestration tool based on Python that helps you manage the orchestration of your cloud environments. You can easily get a command over the command line interface and start automating different tasks and deploying applications. Juju is a must have for anyone looking for better orchestration.

We all know how much of a pain it can be to configure a virtual machine for development. Configuring each and every virtual machine takes up too much time and needlessly delays the real work. Vagrant uses a configuration file and runs on many different VM solutions. It stores all the configuration data in a file called Vagrantfile. You can easily share the files so they can have the exact same development environment as any other developer. This simplifies the whole process and eliminates headaches.

Monitoring cloud environments is a breeze when you use Sensu. It is an open source tool (which makes it easy to trust) and has been written in Ruby. You can use other automation tools like Puppet and Chef to deploy it quickly. Sensu also comes in an enterprise package for enterprise level monitoring.

Ansible is another fantastic tool for automating infrastructure as well as apps. It has a great configuration management UI and has continuous delivery as well. This is a full featured tool for orchestration, managing configurations, and deploying apps.

SaltStack is a very powerful piece of software. It can automate and orchestrate ITOps, DevOps, and CloudOps, and that too at blazing fast speeds. It provides real-time automation and can be deployed in a matter of seconds. It also scales marvelously – you can use it to manage a few servers, or tens of thousands of servers.

Chef is easily the most popular cloud automation tool out there. With Chef, you create ‘cookbooks’ (clever, considering the tool is called Chef) and then you use domain specific language to code your organization’s structure. It creates and configures virtual machines according to your cookbooks. It is a fantastic way to get a lot of work done with very little effort.

Puppet is similar to Chef because it is also built on Ruby and is also used for managing configurations. The main difference is in who it is made for. Chef is for developers who want to code up configurations, while Puppet is for administrators. It may have fewer features but it is a whole lot easier to use.

There are many other fantastic tools which will allow you to move towards automation. This is a relatively new field so a lot of new apps continue to be released periodically. Stay posted and keep reading to hear more as better automation tools are released.